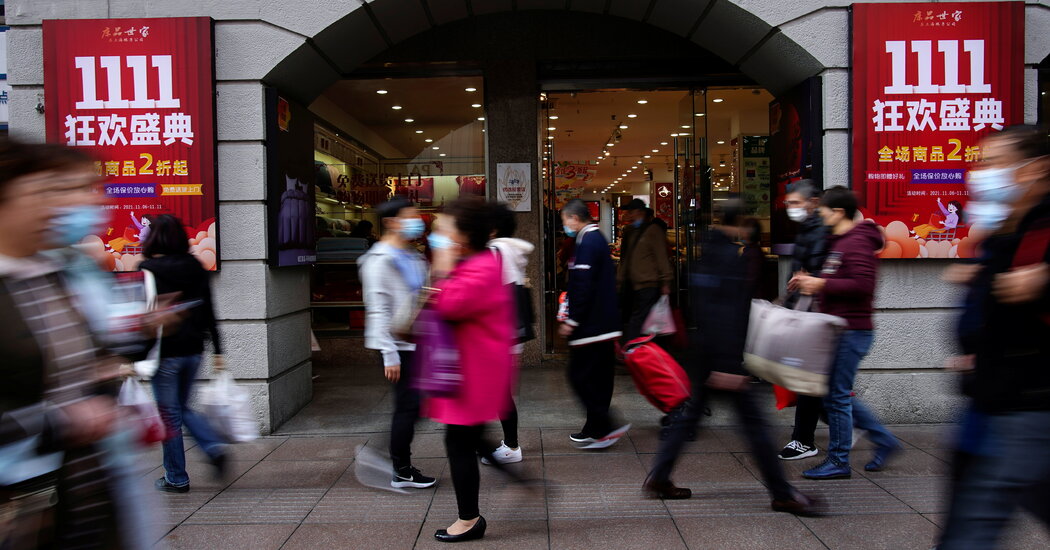 The Chinese e-commerce giant Alibaba said $84.5 billion in merchandise was sold on its platforms during the Singles Day shopping festival that ended on Thursday, an 8.5 percent increase over last year and an indication that Beijing’s campaign to tighten regulation of internet companies has not dimmed consumers’ enthusiasm for buying stuff online.

Even so, the growth in sales was down from the 26 percent increase that the company reported in 2020 compared with the year before.

The number Alibaba announces each year after its big retail bonanza is gross merchandise volume, which is meant to represent the total value of orders. There is no standardized way of calculating this metric within the e-commerce industry, so Alibaba has leeway to choose the result it reports.

This year’s figure captured sales from Nov. 1 through Nov. 11. Singles Day was once a 24-hour event, but has ballooned into a multiweek extravaganza. Before last year, Alibaba’s headline number captured sales on Nov. 11 only.

China’s government has moved rapidly over the past year to impose new strictures on giant internet companies, which long grew with little oversight of their business practices. Beijing now wants the tech industry to compete fairly and contribute more to society. In response, Alibaba put a socially conscious spin on this year’s Singles Day, emphasizing eco-friendly products and campaigns to help neglected children and seniors.

Before Thursday, it was not clear that Alibaba would be releasing a final Singles Day sales figure at all this year. When asked about it by The New York Times this week, an Alibaba spokeswoman declined to comment. Last month, Alibaba’s chief marketing officer, Chris Tung, said that the company’s focus had shifted from pure sales growth to “sustainable growth.”