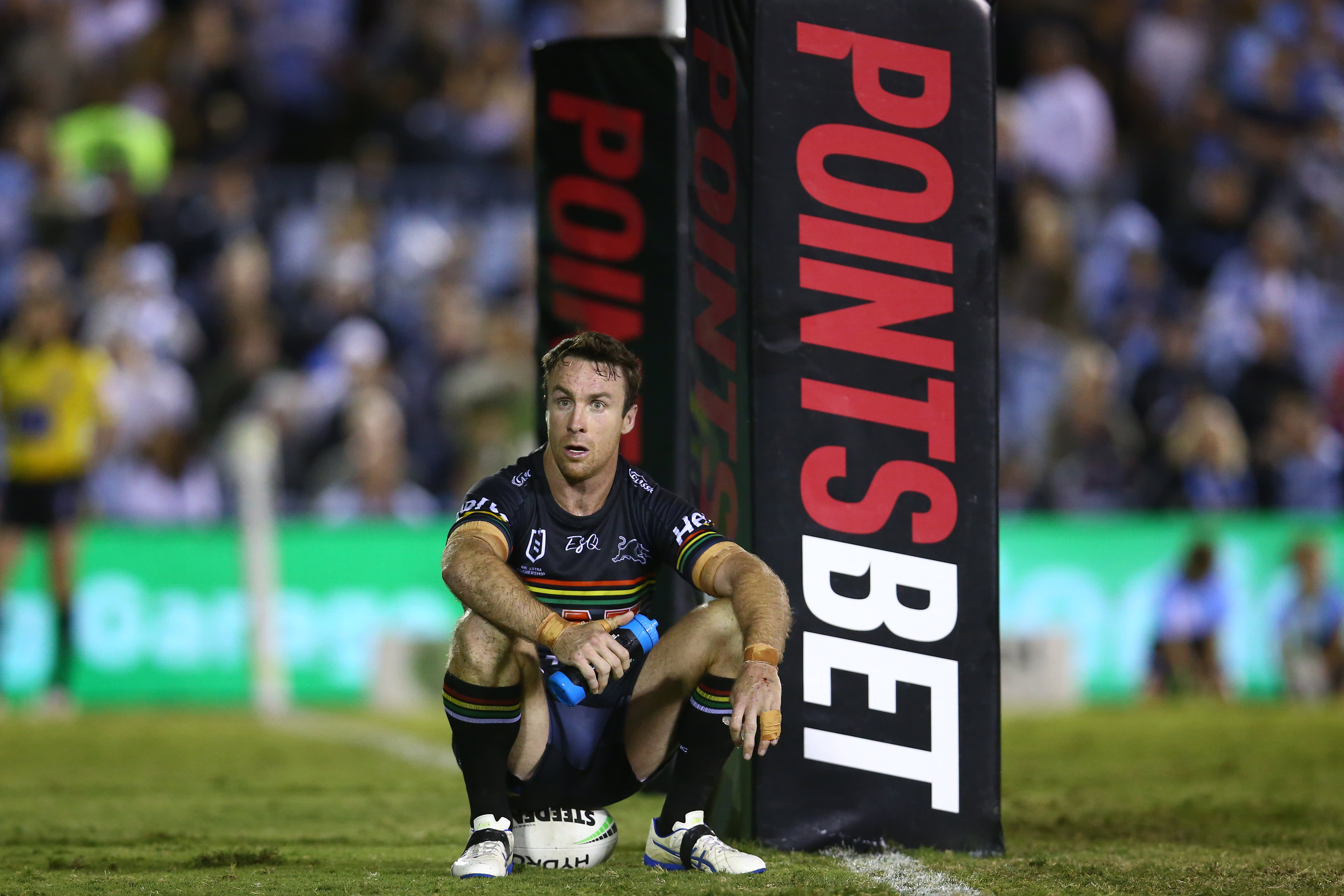 James Maloney of the Panthers looks on during the round 6 NRL rugby league match between the Sharks and the Panthers at PointsBet Stadium on April 18, 2019 in Sydney, Australia.

Apollo Global Management, the private equity firm that acquired Yahoo from Verizon for $5 billion last year, is having preliminary discussions with sports betting companies to merge their assets with Yahoo Sports, according to people familiar with the matter.

One of the companies Yahoo has spoken with is Australia-based PointsBet Holdings, which has a market valuation of about $760 million, said the people, who asked not to be named because the discussions are private.

All talks at this stage are early, and no deal is imminent, said the people. Yahoo hasn’t settled on a target and may not pursue a deal, the people said. Spokespeople for Apollo and PointsBet declined to comment.

Apollo and Yahoo are considering merging Yahoo Sports with an existing sports betting company, a move that could set up an eventual spin off of Yahoo Sports, two of the people said. If a deal gets done, the new company would likely keep the Yahoo branding, the people said.

Yahoo was an early provider of fantasy sports tools and still has millions of players who are likely to be crossover candidates for legalized sports betting. Legalized mobile sports gaming is slowly spreading throughout the country and is now operational in 19 states.

The sports betting industry has slumped in recent months as a swath of companies have made customer acquisition increasingly expensive through significant marketing costs and promotional offers. Last month, DraftKings projected its 2022 earnings before interest, taxes, depreciation and amortization to be a loss of $825 million to $925 million — exceeding consensus estimates of about $570 million. Short-seller Jim Chanos told CNBC in December he has taken a short position in DraftKings because of its “insane” marketing spend.

“You can believe in sports betting … but this business model is flawed,” Chanos said.

Smaller publicly traded sports gambling companies, such as PointsBet and Rush Street Interactive, have slumped in the past year as they fight to compete with DraftKings, FanDuel, and BetMGM, the market leaders in the industry. Caesars and its owned asset William Hill, Fox Bet, and Rust Street’s BetRivers are among other competitors fighting for users in the low margin sportsbook business.

PointsBet has partnered with former New Orleans Saints quarterback Drew Brees on a number of television advertisements that have aired on networks including broadcast network NBC. Comcast’s NBCUniversal struck a multiyear partnership with PointsBet in 2020. Yahoo also has an existing betting partnership with BetMGM. It’s unclear how existing partnership agreements would be affected by future mergers.

“Everyone is talking to everyone right now,” said one executive who asked not to be named. “There needs to be consolidation.”

The intense competition has led companies to offer hundreds or even thousands of dollars in free money to first-time users to sign up for their applications.

While Yahoo has aspirations to operate its own sportsbook, Disney’s ESPN isn’t interested in running a gambling operation, according to people familiar with the matter. Disney has held licensing talks whereby a sportsbook could be branded with the ESPN name, but it hasn’t pursued buying a gambling company, the people said. An ESPN spokesman declined to comment.

Apollo acquired Yahoo last year to grow and rationalize the business after Verizon acquired it in 2017 and merged it with AOL. Former Tinder Chief Executive Officer Jim Lanzone was named Yahoo CEO in September. Apollo is now searching for leaders of its Yahoo Sports and Yahoo Finance units, who will report to Lanzone, according to people familiar with the matter.

Apollo also closed an acquisition to operate The Venetian Resort Las Vegas and the Venetian Expo in Las Vegas for $2.25 billion last month, which could theoretically cross promote a Yahoo-branded sports betting product.

Disclosure: Comcast’s NBCUniversal is the parent company of CNBC.