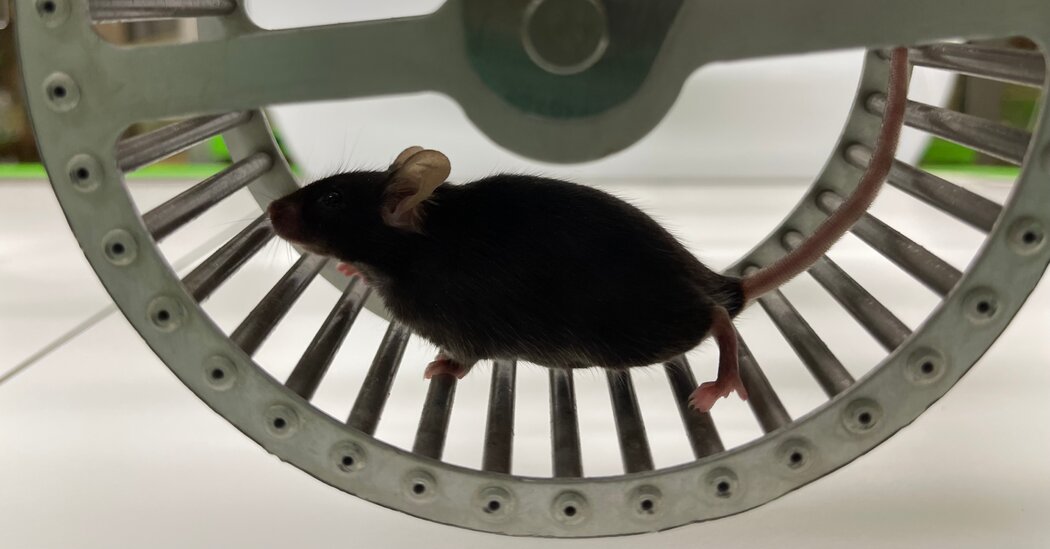 The team tested whether removing any of the four most significant proteins in the runner blood would matter, and found that if clusterin was removed, anti-inflammatory effects disappeared. And when mice engineered to have a type of brain inflammation or a version of Alzheimer’s were injected with clusterin, it lessened their brain inflammation.

In the only part of the study involving humans, 20 military veterans with a pre-dementia condition called mild cognitive impairment who had participated in a six-month exercise program were found to have high levels of clusterin in their blood.

Kaci Fairchild, associate director of the Department of Veterans Affairs Sierra Pacific Mental Illness Research, Education and Clinical Center, and an author of the new study, said the veterans, ranging in age from 50 to 89, exercised three times a week, combining cardio with weight training.

Dr. Fairchild said that in results that have not yet been published, besides having elevated clusterin, the veterans did better on tests involving word memory and story recall.

“Across the board, veterans had improvements in cognitive function, largely related to learning and memory,” Dr. Fairchild said. Noting that some people have disabilities or limitations that prevent them from exercising, she said she hoped that “the implications from this clusterin is that we can develop a medication targeting this protein for persons who weren’t able to engage in physical activity.”

In the brain, clusterin binds to cells that line the blood vessels, cells that become inflamed in Alzheimer’s disease, Dr. Wyss-Coray said, suggesting that a potential drug might bind to those cells and “mimic the anti-inflammatory effects.”

Still, experts who study Alzheimer’s disease and neuroinflammation said much more research is needed before therapies can be developed.