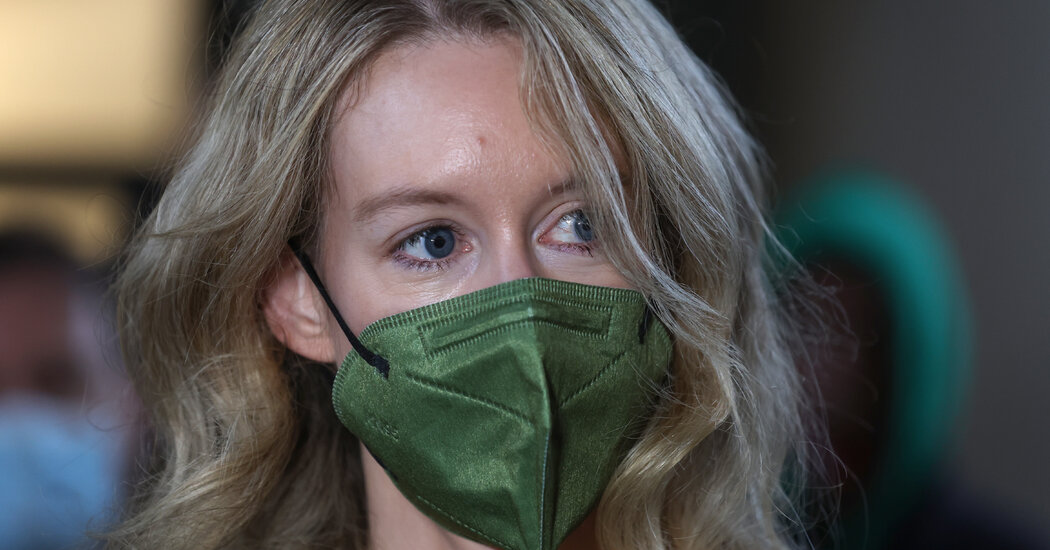 After 15 weeks and 32 witnesses, the trial of Elizabeth Holmes, the founder of the failed blood testing start-up Theranos, is entering its final stages.

On Thursday morning, prosecutors are set to begin their closing arguments to prove that Ms. Holmes, 37, is guilty of 11 counts of wire fraud and conspiracy to commit wire fraud.

Her case is being closely watched as a referendum on the worst excesses of Silicon Valley’s start-up culture, which prizes change-the-world claims and fast growth. The verdict could influence whether prosecutors pursue similar white-collar criminal cases at a time when tech start-ups are swimming in funding and hype.

The jury of eight men and four women will begin to deliberate the fate of Ms. Holmes once the defense concludes its closing arguments on Friday. Ms. Holmes faces up to 20 years in prison if convicted.

The prosecution’s case boils down to proving one thing: that Ms. Holmes intended to deceive Theranos’s investors, doctors and patients with her claims about the start-up’s blood testing technology. Proving intent is the hardest part of prosecuting a white-collar criminal trial, said James Melendres, a former federal prosecutor.

“It goes to what was happening inside someone’s mind, which is extremely hard to prove definitively,” he said.

Before Theranos imploded, Ms. Holmes stood out as the rare successful female founder in the male-dominated tech industry. She had founded Theranos in 2003, dropped out of Stanford in 2004 to work on the start-up and raised nearly $1 billion from investors for the company’s supposedly revolutionary blood testing technology.

But a Wall Street Journal investigation in 2015 revealed that Theranos’s technology did not work and that Ms. Holmes appeared to have been courting investors and commercial partners with overblown and misleading claims. The company collapsed in 2018 amid scandal.

That same year, Ms. Holmes was indicted on fraud charges. Her trial began on Sept. 8 after numerous delays.

Prosecutors outlined six main areas of Ms. Holmes’s alleged deception, including lies about the abilities of Theranos’s technology, its work with the military and its business performance.

The government called former Theranos employees to testify about test failures and a dysfunctional lab environment. Doctors and patients spoke about how they had made medical decisions based on Theranos tests that turned out to be wrong. And investors and pharmaceutical executives said that Ms. Holmes’s misleading claims had led them to invest millions of dollars in Theranos or sign contracts with her company.

Last month, Ms. Holmes took the stand and painted herself as a well-meaning entrepreneur who was naïve and relied too much on those around her. She said she had been emotionally and physically abused by Ramesh Balwani, Theranos’s former chief operating officer and her former boyfriend. Mr. Balwani, who faces identical fraud charges to Ms. Holmes and faces trial next year, has denied the allegations.