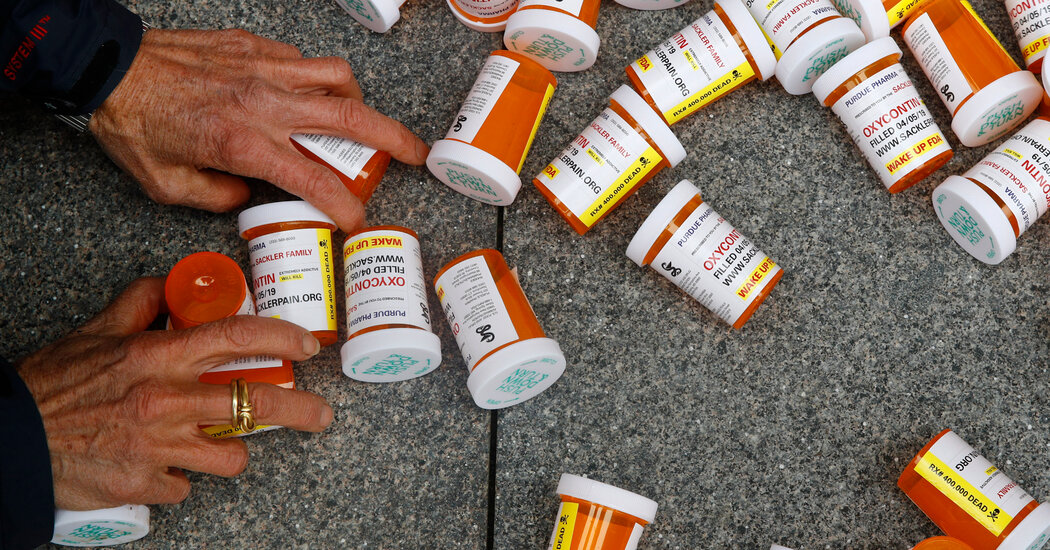 When Johnson & Johnson, the distributors and a smaller group of states announced their proposed settlement in July, the companies said they required an unspecified majority of plaintiffs to sign on, to guarantee an end to litigation. The announcement Friday morning signals that a sufficient threshold has been reached, or at least 90 percent of those governments eligible to participate, and 46 of 49 eligible states for the distributors and 45 for Johnson & Johnson. Courts in each state will now have to sign off on the agreements, a process that is expected to go relatively smoothly and swiftly.

According to the agreements, a state will get its full allocation if all its local governments sign on to the deal. For example, all 100 North Carolina counties and 47 municipalities have agreed, and the state will get its allotment of $750 million.

“North Carolina communities will begin to receive money this year to help people struggling with substance abuse,” said Josh Stein, the state’s attorney general and a leader of a bipartisan coalition of states that negotiated with the companies and local governments for nearly three years. “The treatment, recovery, prevention and harm reduction services that will be available across the state will help people regain control over their lives and make North Carolina safer.”

A few holdout states and localities still remain against either the distributors or Johnson & Johnson, including Washington, Oklahoma and Alabama. But legal experts say that stance could be perilous: The outcomes from a few completed trials point to favorable resolutions for the companies, suggesting that continuing to do battle with those governments who declined the deal is a risk the companies are willing to take.

This month, the same companies announced a tentative settlement with Native American tribes that have suffered disproportionately high addiction and death rates during the opioid epidemic. In combination with a $75 million deal that distributors struck with the Cherokee Nation last fall, the 574 federally recognized tribes could receive $665 million in payouts over nine years. An overwhelming majority of tribes are expected to sign on to the proposal.

A major theme coursing throughout the opioid litigation has been the aggressive marketing of the drugs, which went all but unchecked for years. Distributors almost never sent up warning flares when pharmacy clients took deliveries of quantities of opioids that were wildly disproportionate to the local population. A central feature of the new deal is that the distributors must set up an independent clearinghouse to track and report one another’s shipments, a mechanism intended to raise red flags immediately when outsize orders are made.

During the settlement negotiations, a secondary series of talks between the states and the local governments over the allocation of the funds was also unfolding. By now, about two dozen states have worked up their own distribution plans with local cities and counties that also sued the companies.