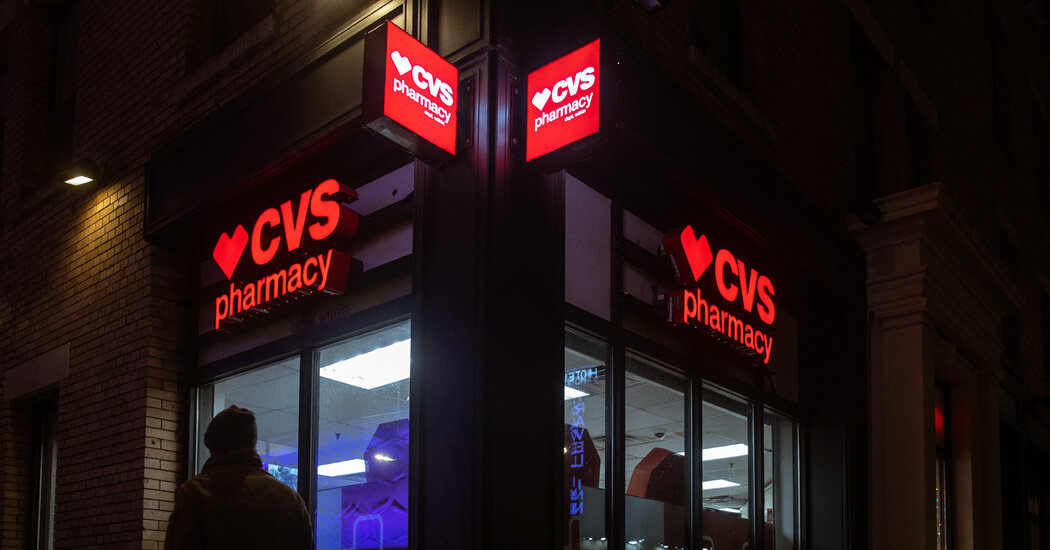 A federal jury in Cleveland on Tuesday found that three of the nation’s largest pharmacy chains — CVS Health, Walmart and Walgreens — had substantially contributed to the crisis of opioid overdoses and deaths in two Ohio counties, the first time the retail segment of the drug industry has been held accountable in the decades-long epidemic.

After hearings in the spring, the trial judge will determine how much each company should pay the counties.

The verdict — the first from a jury in an opioid case — was encouraging to plaintiffs in thousands of lawsuits nationwide because they are all relying on the same legal strategy: that pharmaceutical companies contributed to a “public nuisance,” a claim that plaintiffs contend covers the public health crisis created by opioids.

The public nuisance argument was rejected twice this month, by judges in California and Oklahoma in state cases against opioid manufacturers. The judges found that according to the specifics of their own states’ public nuisance laws, the companies’ activities were too removed from the overdoses and deaths and that the laws had been applied too expansively.

In this case, brought by Lake and Trumbull Counties in northeastern Ohio, lawyers for the plaintiffs used the legal claim successfully. They argued that for years, the pharmacies had turned a blind eye to countless red flags about suspicious opioid orders, both at local counters where patients obtained the drugs and at corporate headquarters, where oversight requirements were, according to Mark Lanier, the counties’ lead trial lawyer, “too little, too late.”

After a six-week trial, the 12-member jury deliberated for five and a half days.

“It’s the first opioid trial against these major household names,” said Adam Zimmerman, who teaches mass litigation at Loyola Law School in Los Angeles. “They have been the least willing group of defendants to settle, so this verdict is at least a small sign to them that these cases won’t necessarily play out well in front of juries.” It could prod some pharmacy defendants to consider settling rather than going to trial, he said.

But Mr. Zimmerman also noted that the opioid lawsuits, which span the country and are scheduled to go to trial in a number of state and federal courts, still have a long way to go.

“It’s more like there are many different ballgames going on at once, each with slightly different rules, and we’re in the early innings of almost all of them,” he said, adding that because each state has its own public nuisance law, the three recent outcomes may have little legal effect on upcoming cases.

But even as thousands of opioid cases, the first of which were filed in 2014, lumber along, the urgency of getting help to opioid-shattered communities has not slowed. New federal data released last week show overdose deaths from opioids have reached record levels during the pandemic, driven by soaring fatalities from illegal opioids such as heroin and street fentanyl.

This past summer, Walgreens, Rite Aid, CVS and Walmart settled with two New York counties, Nassau and Suffolk, for a combined $26 million. In the Ohio case, Rite Aid and Giant Eagle, a regional chain, settled earlier for undisclosed sums.

In contrast, some opioid manufacturers and distributors have committed billions of dollars in settlement offers, some nationwide.

“The judgment today against Walmart, Walgreens and CVS represents the overdue reckoning for their complicity in creating a public nuisance,” the lawyers for the two counties, along with lawyers for local governments across the country, said in a statement after the verdict Tuesday afternoon.

The statement continued, “We look forward to the appeals court review of this case, including the misapplication of public nuisance law.”

In closing arguments at the trial in U.S. District Court in Cleveland last week, Mr. Lanier, a Texas trial lawyer who represented the counties, said the pharmacy chains were “making money off every pill they sell.”

He added, “They don’t make money off a refusal to fill.”

But licensed pharmacists, he added, are gatekeepers who have a duty to question suspicious prescriptions.

Mr. Lanier, who has made a career out of wresting eye-popping awards from Big Pharma, told the jury that the corporate entities should have been on notice as far back as 2012, when the Drug Enforcement Administration began pursuing Florida chain pharmacies for pumping out opioids that landed as far away as Ohio.

The jury first had to decide whether the oversupply of prescription pills and subsequent illegal diversion had created a public nuisance in each county.

Under the public nuisance law, a crisis must be continuing. But in recent years, the number of opioid prescriptions has dropped off, largely because of greater oversight from state and federal monitoring programs, revised guidelines for doctors and corporate compliance.

The counties’ lawyers successfully argued that when the supply receded, patients who were addicted to the pills had turned to heroin and illegal fentanyl. That result was a foreseeable, direct descendant of the floods of prescription opioid pills, the lawyers said.

If so, under the law, defendants must pay to “abate” the “nuisance” that they exacerbated.

Like jury decisions in criminal cases, the verdict in this civil case had to be unanimous. But the jury needed to apply only “the greater weight of evidence” (at least 51 percent) as a standard of proof, which is lower than the level of “beyond a reasonable doubt” required to render a guilty verdict in criminal trials.

The pharmacy lawyers responded with arguments that appeals courts might yet find persuasive. Their stores amounted to a small fraction of the overall number of pharmacies, hospitals and clinics that dispense opioids in the two counties, they said, and the quantity of pills they sold was commensurately low.

There were far too many reasons that opioid medications exploded across the counties for blame to be laid so resoundingly at the feet of the pharmacies, their lawyers contended. They pointed to family medicine cabinets, the repository of so many unused pills, as troves for illegal diversion; to manufacturers, who solicited doctors and oversold the benefits of opioids and downplayed the risks; and to doctors who, urged to treat pain more aggressively, increasingly ordered larger and more potent quantities.

“We all know that it’s the prescribers who control demand,” said Brian Swanson, a lawyer for Walgreens. “Pharmacists don’t create demand.”

Repeatedly, the defendants’ lawyers pointed the finger at the federal authorities. Not only were the drugs approved by the Food and Drug Administration, they said, but the D.E.A. also set the annual limit on how many opioids could be produced in the country.

In his closing argument, John Majoras, a lawyer for Walmart, referred to the bridges over the Cuyahoga River, which can be seen from the courthouse. He said the plaintiffs had not built a bridge connecting all the required elements to prove that the pharmacies had caused a public nuisance.

Then Mr. Lanier stood up for his final remarks. He had been waiting, he said, to talk about just such a bridge. He then produced a model bridge made of hundreds of Legos.

There were many contributors to the crisis, he acknowledged. But pharmacies could not escape responsibility, Mr. Lanier argued, by claiming that they had put only relatively small quantities of opioids into the counties (and he disputed the defense’s method of calculation).

The community relies on the sturdiness of the bridge’s steel trestles, he said.

But what if, he asked, two or three are rotten or in the wrong place as people are driving over it? He then knocked out just a few. “Everything can fall,” he said, as the model shattered in front of the jury.

Whether this verdict will survive on appeal remains to be seen. In addition to the many legal questions arising from the case, defendants are expected to continue their criticism of Judge Dan Aaron Polster, who presided over the trial and has, for years, supervised the aggregation of thousands of opioid lawsuits.

The statement from Walgreens seemed to forecast as much. “We believe the trial court committed significant legal errors in allowing the case to go before a jury on a flawed legal theory that is inconsistent with Ohio law,” it said.

A dispute over whether a mistrial should have been declared could be among the arguments for appeal. A juror showed other jurors her outside research; the juror was dismissed, and the trial continued. And the pharmacy retailers are likely to resurrect their longstanding complaint — their belief that Judge Polster appeared to favor plaintiffs. Since 2018, he has urged all sides to settle so that the litigation would not be protracted and so that desperately needed relief could start flowing to communities ravaged by the opioid crisis.