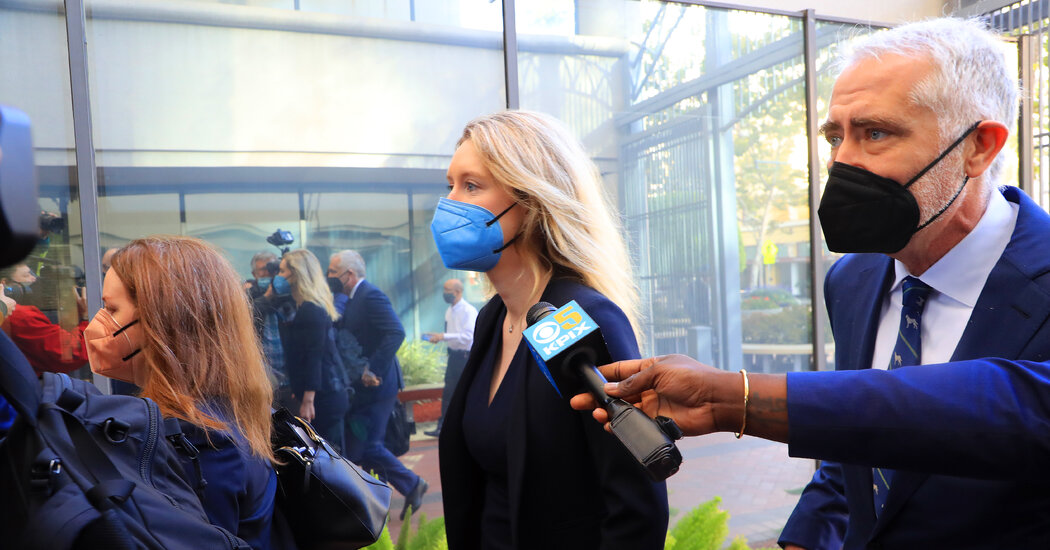 As she has defended herself in court, Elizabeth Holmes has made the arguments that longtime lawyers anticipated.

Ms. Holmes, the founder of the failed blood testing start-up Theranos, has sought to shift blame onto other Theranos employees with more technical skills. She has tried to poke holes in prosecutors’ arguments that she lied about working with drug companies. And, the lawyers said, she has tried to appear sympathetic and down to earth by showing up to court hand-in-hand with her mother and wearing clothing appropriate for a courtroom instead of the black turtlenecks she was once famous for wearing.

It’s all part of painting the picture, they said, of Ms. Holmes as a well-meaning but ultimately unsuccessful executive, rather than someone who intentionally misled investors and should be convicted of fraud.

“This is exactly what you would expect,” said Neama Rahmani, the president of the law firm West Coast Trial Lawyers and a former federal prosecutor. “Generally speaking, when you go into these types of cases, there’s two types of defenses: ‘I didn’t know’ and ‘It wasn’t me.’”

Ms. Holmes, 37, has been charged with 11 counts of fraud and conspiracy to commit fraud. She has pleaded not guilty. If convicted, she faces up to 20 years in prison.

Mr. Rahmani said that Ms. Holmes’s attempts to blame others for the company’s problems while emphasizing her own ignorance was typical of fraud defendants. He said the tactic was also often used in money laundering and drug trials — cases where prosecutors have to prove that a defendant knew they were transporting drugs or that money came from illicit activities.

In Ms. Holmes’s case, she and her team “are going to do everything they can to distance themselves from that knowledge,” he said.

“What I would expect a defendant in a high-profile case to do is try to humanize themselves and make the jury see that they’re not just a corporate C.E.O., but a person with the flaws that any person might have who’s running a large corporation,” Mr. Cohen said. He added that having Ms. Holmes’s mother in the room “says to the jury that she could be a sympathetic character and not this mastermind of a fraudulent scheme.”

As for Ms. Holmes’s attempts to rebut arguments made by the prosecution, such as by pointing to studies Theranos did with drug companies, Mr. Rahmani said it was likely an effort to create uncertainty about Ms. Holmes’s culpability.

“They’re trying to paint this much more nuanced picture, because obviously all they need to do is establish reasonable doubt. They’re hoping to pick off a few jurors,” he said. “If they get some folks who are sympathetic or some people who are on the fence, that’s their path to success here.”