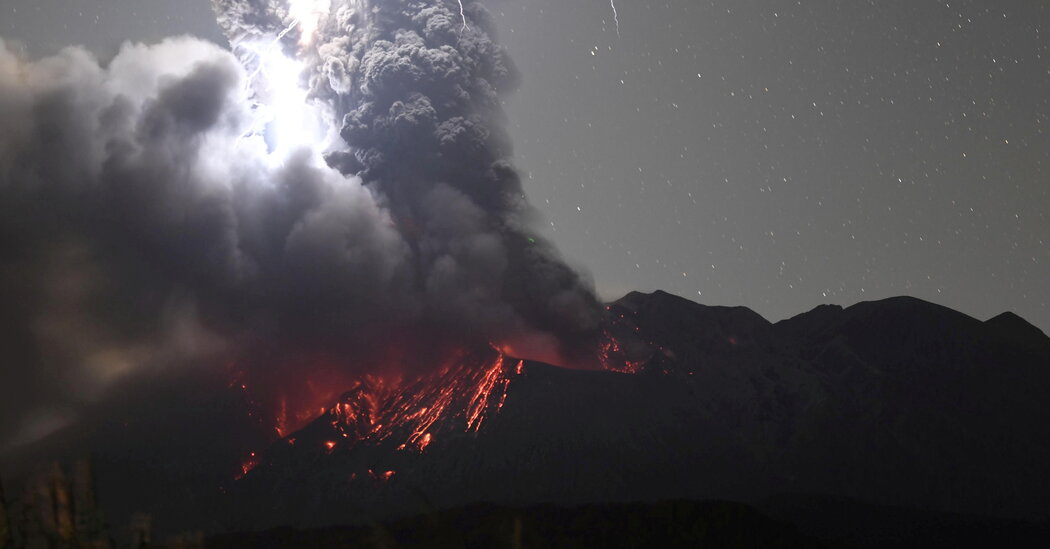 With one detector, you can get a two-dimensional image of a volcano’s innards, “similar to a medical X-ray,” said David Mahon, a muography researcher at the University of Glasgow who was not involved with the study. “By using multiple detectors positioned around the object, it’s possible to build up a crude 3-D image.”

After using muography to see inside an innocuous Japanese mountain in 1995, the technique was eventually deployed at active volcanoes. One of the first successful campaigns was Mount Asama in Japan, where researchers found a buried lava mound sitting atop a Swiss cheese-like magmatic passageway. It has since been used to see into, among others, Italy’s Etna and Stromboli volcanoes, Japan’s hyperactive Sakurajima volcano and the La Soufrière de Guadeloupe volcano in the Caribbean.

Muons have found weaknesses that hint at the site of future flank collapses, landslides and lava escape routes. They have also found fresh pockets of magma that may be primed to erupt and that were overlooked by other instruments.

Volcanic muography isn’t flawless. The detectors can only see the parts of the volcano that the muons are penetrating. “You can only watch from below towards the sky,” said Marina Rosas-Carbajal, a volcano geophysicist at the Paris Institute of Earth Physics who was not involved with the study. Muons are unable to penetrate deeper parts of the volcano, leaving those areas largely off-limits to muographers.

Placing detectors around dozens more volcanoes, and subjecting volcanic rocks to muons in laboratories, will improve the technique’s precision as it vies for mainstream use. But even if it does become commonplace, it won’t solve all our volcanic woes.

“Volcanoes are super complex,” said Dr. Rosas-Carbajal. Their labyrinthine innards and complex chemistries mean their magma will occasionally evade even the savviest of detectors. Unpredictable eruptions will remain a fact of life, no matter how well scientists wield the magic of muons.

And muography is unlikely to make obsolete the other various instruments used to study volcanoes, like seismic waves and satellite observation. “It may not replace existing techniques,” said Vitaly Kudryavtsev, a particle physicist at the University of Sheffield who was not involved with the study. “But it may complement them.”