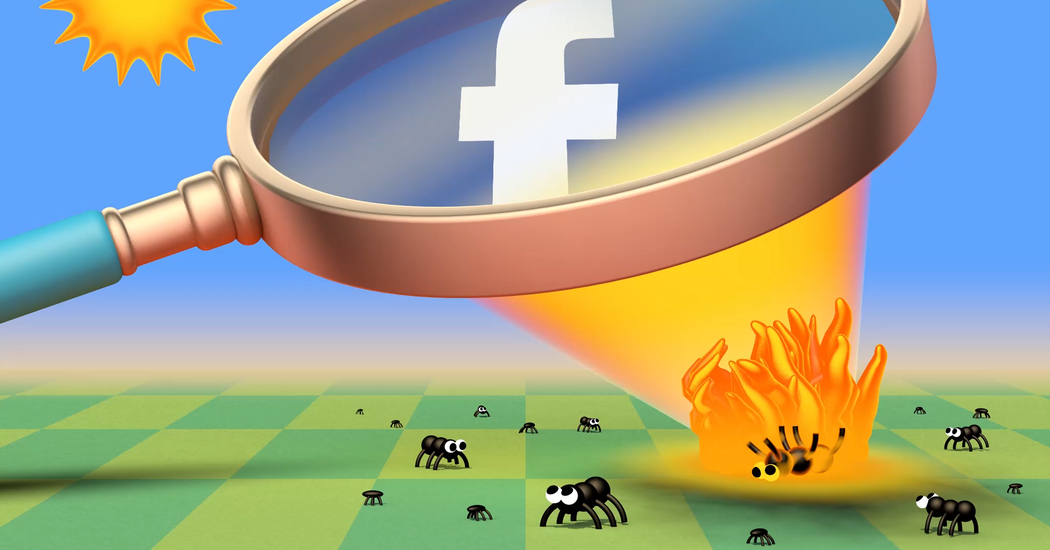 I want to flash back to the rise and fall of a once popular storytelling website called Upworthy. It is one of a zillion examples of the power of Facebook and other technology superstars to make or break other companies’ dreams.

I recently spoke to one of Upworthy’s co-founders, Eli Pariser, about the company’s history. It’s relevant because nearly a decade after it started, we are still grappling with the risks and rewards of a handful of technology companies serving as gateways to success online.

Pariser is now part of a project that has compelling but difficult-to-imagine ideas to get out of this trap.

Upworthy’s tale isn’t new or particularly unusual, and that’s the point. Just about everyone trying to make a living on the internet, or in the real world, knows the potential pitfalls of relying on Facebook, Amazon, Google and Apple. But there is almost no way around these giants.

When Upworthy started in 2012, its mission was to get people to pay attention to what it considered socially worthwhile and to uplifting subjects with headlines written to grab us on Facebook — stuff like “Move Over, Barbie — You’re Obsolete,” and “This Amazing Kid Got to Enjoy 19 Awesome Years on This Planet. What He Left Behind Is Wondtacular.”

At the height of its popularity in late 2013, nearly 90 million people visited Upworthy’s website each month. About the same number of Americans visit Yelp at least once a month, according to Comscore.

Others relentlessly copied Upworthy’s tactics, and the result was a sea of sensationalism on Facebook. “You’ll never believe what happened next!” became a jokey description of Facebook posts that promised a tantalizing payoff and made you click, but often didn’t deliver.

Facebook made a series of changes starting in 2014 to circulate fewer posts that the company considered “click bait.” Upworthy was far from the worst pusher of click bait, but it was caught up in the zeal to stamp it out. The company still exists, but it’s a shadow of its former self.

Pariser acknowledged that Facebook wasn’t solely to blame for Upworthy’s troubles. Online news publishers are often flashes in the pan. But Pariser said that Upworthy was intended to cater to what mattered to Facebook — and then what Facebook wanted changed.

Upworthy’s wild rise and fall made it just one of the many companies that both benefit from and are hurt by the influence of America’s tech superpowers. The technology giants love to brag about the ways that they help small businesses — and they definitely do. But they tend to say that it’s an aberration when small companies suffer. It’s not. It’s the flip side of their influence and reach.

That is part of the legacy of our digital lives in which a few tech superpowers have enormous influence over what we read, what we buy, and how we stay informed and entertained.

Pariser is now co-director with Talia Stroud of a group called New Public, which tries to build healthier online lives by having more palatable alternatives to the tech giants.

They and others, including researchers for the Aspen Institute, imagine more small websites and apps that are managed for goals other than profit, similar to public parks, schools and libraries. Pariser gave the example of Front Porch Forum, an independent local message board in Vermont. (You can read a New Public presentation here about its research and ideas.)

We’re used to the internet that we have now, and I know it’s hard to envision what a different path might look like or how it could happen. Front Porch Forum is noteworthy partly because it’s so rare.

But it’s worth thinking about ways to shake up the structure of the internet as it exists. The point is having more options so that your neighbors who want to form an online group have choices other than Facebook or Nextdoor, companies like Upworthy don’t have to rely on Facebook and textbook sellers have opportunities beyond Amazon.

“We live in a world where everyone is eating from a few fast food stores,” Pariser said. “I just think that having a restaurant scene is going to be more delightful in addition to being more useful and nutritious.”

If you don’t already get this newsletter in your inbox, please sign up here.

The writer Rebecca Makkai challenged her Twitter followers to “come back with the most stunning photo of a hat that you can find.” The teeny tiny cowboy hat on a cat might be my favorite. Or maybe Aretha.