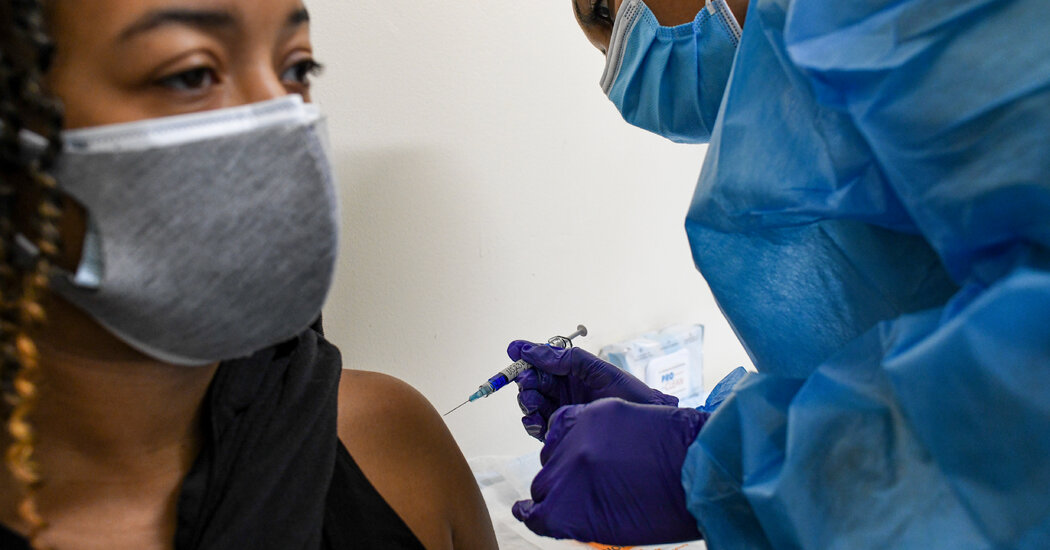 The European Commission on Monday authorized a Covid-19 vaccine made by Novavax, making it the fifth vaccine available in the 27 nations of the European Union.

“At a time where the Omicron variant is rapidly spreading, and where we need to step up vaccination and the administration of boosters, I am particularly pleased with today’s authorization of the Novavax vaccine,” Ursula von der Leyen, president of the European Commission, said in a statement.

But it’s not yet clear how well the vaccine, known as Nuvaxovid, will work against the contagious new Omicron variant. And there may not be much demand for the new vaccine in Europe, which is already flush with vaccines from Pfizer-BioNTech and other sources.

Novavax, based in Maryland, last year won $1.7 billion in support from the United States government to develop a vaccine made of proteins from the coronavirus. Despite the lavish support, Novavax lagged behind the vaccine developers Pfizer-BioNTech and Moderna and struggled with its clinical trials and manufacturing.

Protein-based vaccines have been used for decades and generally have a strong track record of safety and mild side effects. Nuvaxovid’s side effects are usually mild or moderate and clear up within a couple days.

Novavax teamed up with the Serum Institute of India as a manufacturing partner, and in recent weeks the new vaccine has enjoyed a string of regulatory successes. Indonesia and the Philippines authorized the vaccine last month.

The World Health Organization last week granted to Nuvaxovid an emergency-use listing, a seal of approval that accelerates the adoption of vaccines in countries that cannot conduct large-scale reviews of their own.

Already, Novavax has lined up a number of advance purchase orders. The company also plans to supply 1.1 billion doses to Covax, a consortium that seeks to distribute vaccines to countries around the world. In a Nov. 4 earnings call, Novavax officials said that they anticipated producing over 2 billion doses in 2022.

In August, the European Commission agreed to purchase up to 200 million doses of the vaccine. The commission authorized Nuvaxovid after a recommendation issued on Monday by the European Medicines Agency.

In a statement, Novavax said that it expected initial doses to arrive in Europe in January.

But Europe has been using other vaccines for nearly a year, and the European Commission has locked up an abundant supply, with an agreement for up to 2.4 billion doses from Pfizer-BioNTech alone.

On Monday, Pfizer-BioNTech announced that an agreement was reached with the European Commission to purchase over 200 million doses in 2022. Those would be in addition to the 450 million doses already set to be delivered in 2022.

Omicron and vaccines. A booster shot of the Moderna or Pfizer vaccine significantly raises the level of antibodies that can thwart the variant, the companies announced this month. Though all vaccines seem to prevent serious illness, the non-mRNA shots relied on by most of the world are unlikely to stop Omicron infections.

Novavax is introducing its vaccine at a moment when the pandemic is undergoing a global shift. The Omicron variant, which can evade some of the immunity provided by existing vaccines, is rapidly rising to dominance in much of Europe and elsewhere.

The company is investigating how well Omicron can evade antibodies produced by two doses of Nuvaxovid, but has yet to release results of the experiment.

In a small clinical trial in South Africa, Novavax found that another variant, called Beta, drastically reduced the efficacy of the vaccine to less than 50 percent. That efficacy may have been unusually low because some of the volunteers in the study had H.I.V. and thus had weakened immune systems. Novavax estimated that the efficacy of the vaccine against Beta was 60 percent in people without H.I.V.

In studies of other vaccines, researchers have found that Omicron is consistently better at evading vaccines than Beta. That raises the possibility that Nuvaxovid will prove even less effective at preventing Omicron infections than those caused by Beta.

“We can’t speculate on Omicron until we see the data,” said Alison Chartan, the director of external communications at Novavax.

Nuvaxovid may be more useful as a source of booster shots. Earlier this month, British researchers reported that when people switched from other vaccines to Nuvaxovid for their boosters, the vaccine could raise antibody levels against the coronavirus. If the levels are high enough, they may provide strong protection against Omicron.

This month, Novavax announced it was developing an Omicron-specific version of its vaccine and said it would test the new vaccine in the next few weeks. Novavax has said that it expects to submit an application to the Food and Drug Administration in the United States by the end of December.