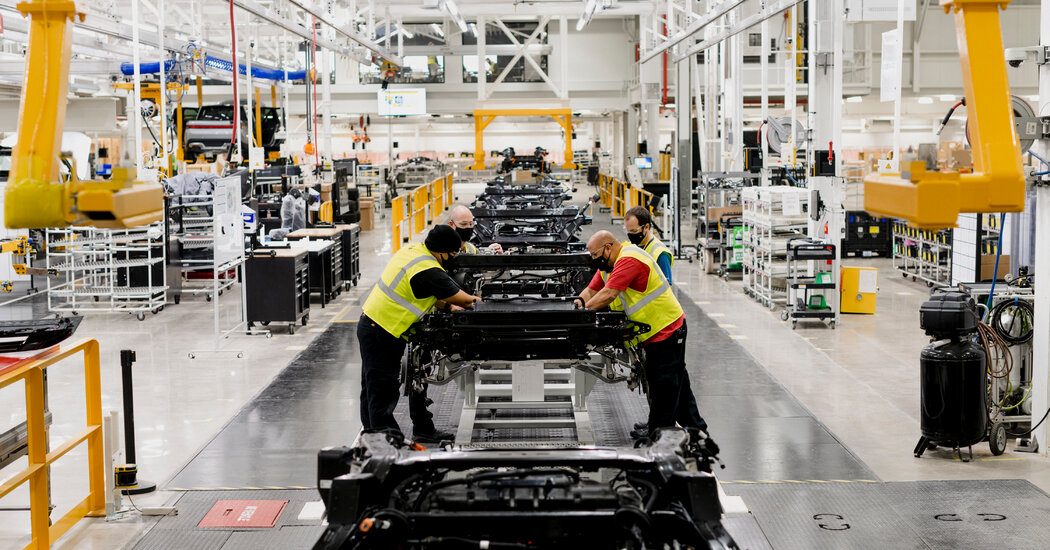 Shares in Rivian, which has ambitious plans to make electric trucks and delivery vans, soared Wednesday on their first day of trading, hoisting the company’s market value well above that of large established automakers even before it begins significant production.

Rivian priced its initial public offering on Tuesday at $78 a share. It opened trading 37 percent higher, at $106.75, giving it a market capitalization of over $90 billion, higher than Ford Motor’s $80 billion and General Motors’ $86 billion.

The company has just begun selling its vehicles. By the end of last month, it had delivered only 156 pickups, which are being marketed to well-to-do consumers who like the outdoors.

In the offering, Rivian raised nearly $12 billion, making its I.P.O. one of the largest in recent years. The company expects to spend billions of dollars expanding its production facilities. In the first half of the year, Rivian lost $994 million, nearly as much as in all of 2020, when it lost $1.02 billion.

Investors have shown that they are prepared to overlook the losses of some electric-vehicle makers, hoping that they will eventually make big profits as electric vehicles make up an increasing share of the auto market.

In addition, Tesla’s success shows that a new entrant can overtake older automakers. Its stock has jumped about 50 percent this year, giving the company a market value of about $1 trillion despite a sharp decline this week.

Rivian may also draw buyers because of its relationship with Amazon, which has ordered 100,000 delivery vans from Rivian and taken a big stake in the company. Ford is also an investor.

For a time, Tesla had many problems with production, which often hammered its stock price and left the company short of cash. Rivian’s chief executive, R.J. Scaringe, now has to try to scale up production when supply chains are not working as efficiently as they did before the pandemic.

In addition to its pickup, Rivian plans to make an S.U.V. It recently said it did not expect to fulfill the 55,400 orders for the truck and the S.U.V. until the end of 2023.