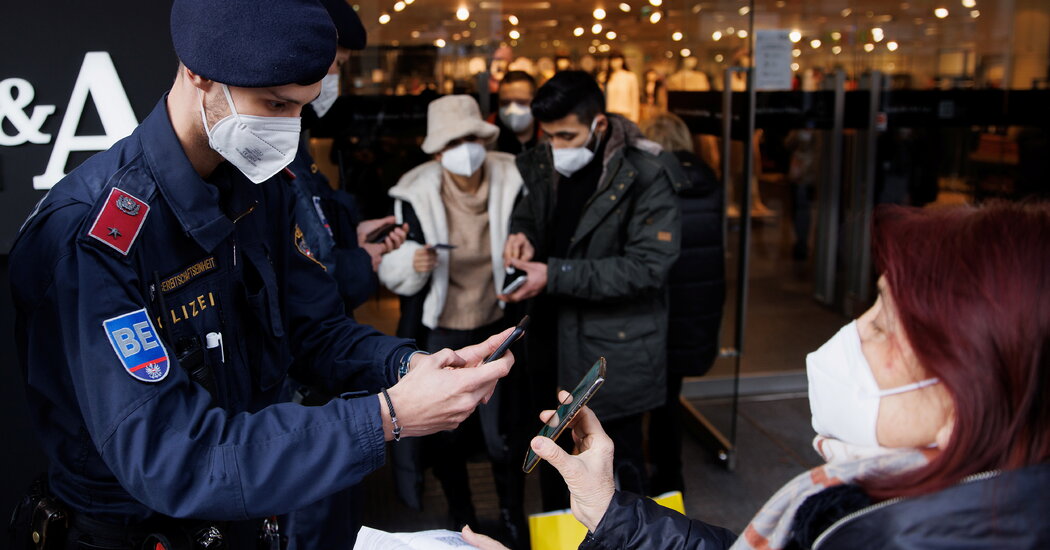 Two states in Austria will restrict public life for vaccinated and unvaccinated people starting next week as hospitals strain under the latest surge in coronavirus infections. The general lockdown in the states — Salzburg and Upper Austria — goes into affect a week after the country imposed broad restrictions on the activities of unvaccinated people.

“We no longer see an alternative to a lockdown beginning next week,” Wilfried Haslauer, the governor of Salzburg, told the Austrian news service APA on Thursday.

The general lockdown in the two states, which is expected to last at least several weeks, comes amid record caseloads. The Austrian authorities registered 15,609 new cases in a single day nationwide on Tuesday, a record in the country since the pandemic began. About 40 percent of those cases were in Salzburg and Upper Austria.

The exact rules were expected be announced on Thursday afternoon.

The national opposition leader, Pamela Rendi-Wagner, called for the measures to be expanded for the entire country. She said the choice was stark.

“The national government must not stand by while people die because they can no longer get adequate health care,” Ms. Rendi-Wagner told a news conference in Vienna on Thursday.