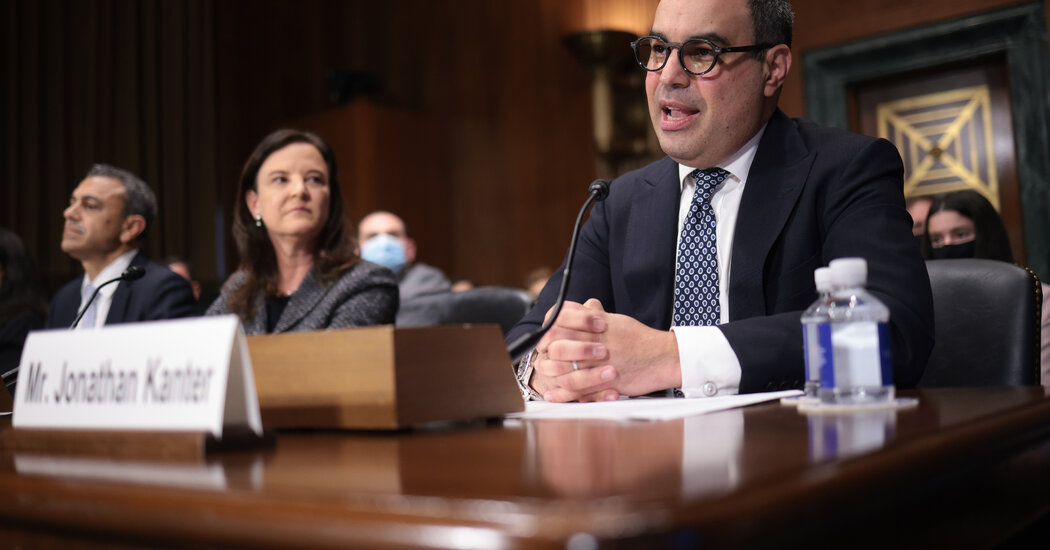 WASHINGTON — The Senate on Tuesday confirmed Jonathan Kanter, a corporate lawyer and Big Tech critic, to the top antitrust role in the nation, the latest action in efforts to curb the power of Silicon Valley giants.

In a 68-to-29 vote, the approval of Mr. Kanter to lead the Justice Department’s antitrust division filled a key position in the Biden administration. The White House has made clear that it wants to rein in consolidation in American business, especially among powerful tech companies like Google, Apple, Facebook and Amazon.

His confirmation will go to President Biden for final approval.

Mr. Kanter has fought Google and other tech giants for years — mostly as a lawyer representing rivals such as Microsoft, Uber, Yelp and News Corp. He joins other prominent critics of Silicon Valley in government roles, including Lina Khan, the chair of the Federal Trade Commission, who gained notoriety after writing a paper in law school arguing an antitrust theory against Amazon.

Together, the two antitrust enforcers will lead landmark cases against Google and Facebook.

It is unclear if Mr. Kanter will be asked to recuse himself from the Google lawsuit and other investigations that may present a conflict of interest given his history representing rival corporations. Amazon and Facebook have asked Ms. Khan, who has never worked for a company, to recuse herself from matters involving them given her public criticisms about the tech giants. The agency has said she would not recuse herself from actions related to the companies.