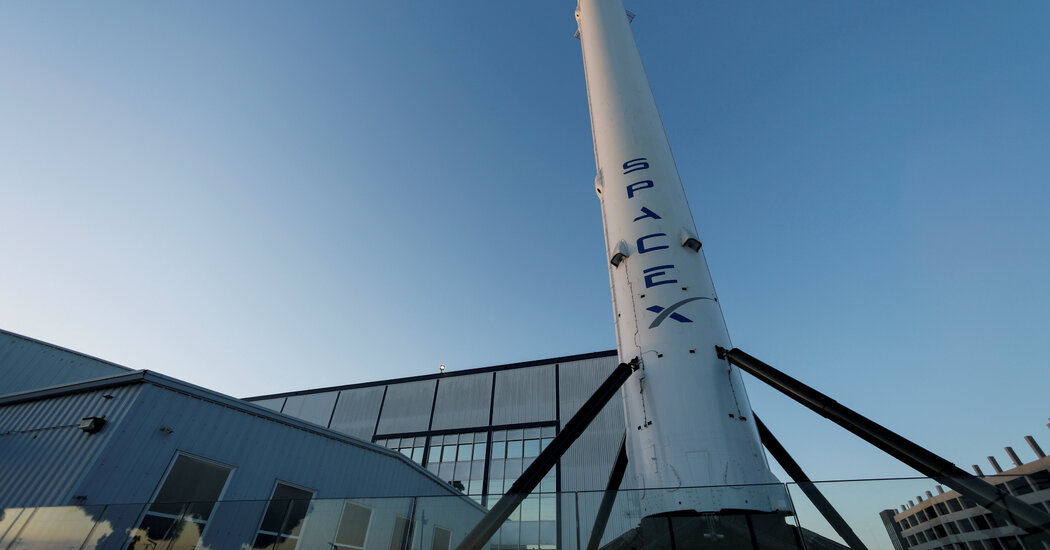 At least 132 employees at SpaceX’s Southern California headquarters tested positive for the coronavirus, according to information posted on a Los Angeles County website. It was the highest number of cases currently reported among private companies in the county.

The outbreak erupted as a wave of infections spread throughout the country, driven mainly by the Omicron virus variant, and also as the private space company founded and led by Elon Musk is conducting a rapid series of rocket launches at sites in California and Florida.

Some 6,000 employees at the company’s headquarters in Hawthorne, Calif., build and manufacture SpaceX’s Falcon 9 rockets and Crew Dragon capsules. The rockets are the dominant launch vehicle used by private companies and governments to put satellites in orbit, and the capsules are NASA’s primary vehicle for carrying astronauts to the International Space Station. The company’s mission control room, where engineers are frequently shown during live video streams of launches, seated behind computer monitors wearing masks, is also in Hawthorne.

The outbreak at the headquarters, reported earlier by The Los Angeles Times based on data posted Sunday by Los Angeles County’s public health department, comes during a busy time for the company.

SpaceX broke a company record on Sunday for the quickest turnaround time between two missions, launching a Turkish satellite to space from Kennedy Space Center in Florida just 18 hours after launching 52 of the company’s Starlink internet satellites to orbit on Saturday from Vandenberg Space Force Base in California. Another mission from Florida is scheduled Tuesday morning, sending a cargo capsule full of supplies and research to the space station for NASA, though local weather appears unfavorable.

During an earlier phase of the coronavirus pandemic, Mr. Musk, SpaceX’s founder and chief executive, balked at restrictions in California meant to curb the spread of the coronavirus. In May last year, Mr. Musk, also the chief executive of Tesla, the electric carmaker, defied a public health order by resuming production at the company’s Fremont factory despite county restrictions that would have prevented employees from working.

On the day after Thanksgiving this year, Mr. Musk stoked fears of bankruptcy for SpaceX in emails sent to employees, urging them to work through engineering challenges related to the development of Starship, the company’s next-generation rocket.

The pandemic has frequently disrupted spaceflight activities, costing NASA nearly $3 billion from delays, according to an internal report, and a European-Russian mission to Mars had to be postponed until 2022 early in 2020. Nonetheless, SpaceX has sustained its operations throughout the pandemic, including resuming astronaut launches from American soil in May 2020.

Mr. Musk himself tested positive for the virus in November 2020 and was precluded from attending a launch of four astronauts to space for NASA from the Kennedy Space Center.