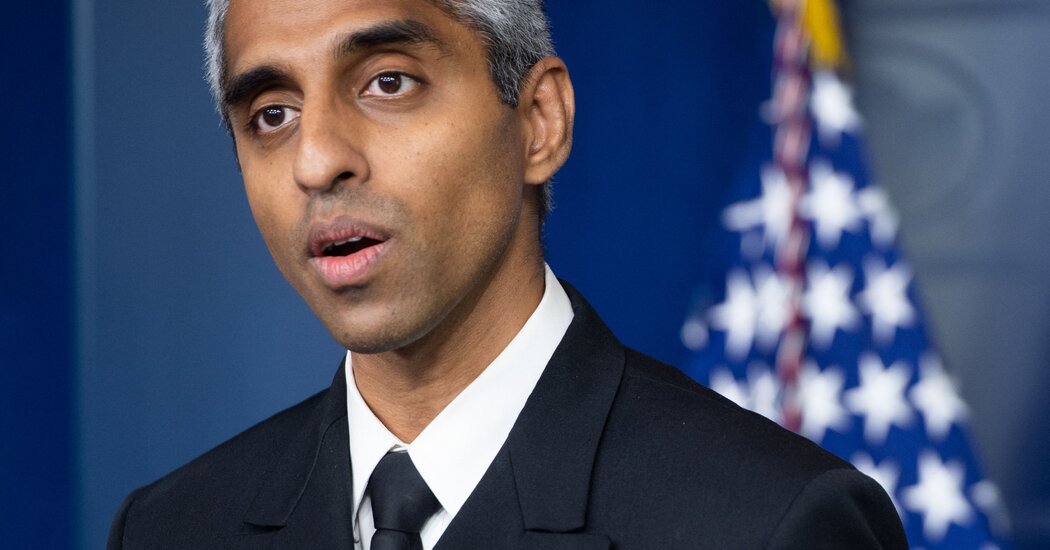 The administration last week set Jan. 4 as the deadline for companies with 100 or more employees to mandate Covid vaccinations or implement weekly testing of workers. The mandate would allow for medical or religious exemptions, and companies that fail to comply may be fined.

“The president and the administration wouldn’t have put these requirements in place if they didn’t think that they were appropriate and necessary,” Dr. Murthy said on ABC’s “This Week.”

Dr. Murthy pointed to the nation’s history as precedent: George Washington required troops to be inoculated against smallpox in 1777.

The sweeping move already has raised legal challenges, with opponents arguing that the requirement is unconstitutional. One coalition of businesses, religious groups, advocacy organizations and several states filed a petition on Friday with the U.S. Court of Appeals for the Fifth Circuit in Louisiana, arguing that the administration overstepped its authority.

On Saturday, a panel of the court temporarily blocked the new mandate, writing “the petitions give cause to believe there are grave statutory and constitutional issues with the mandate.”

The stay does not have immediate impact, as the first major deadline in the rule is Dec. 5, when companies with at least 100 employees must require unvaccinated employees to wear masks indoors. But the move provides momentum for the mandate’s opponents.

The legal challenge questions whether the Occupational Safety and Health Administration has the authority to issue the rule, or whether such a mandate must be passed by Congress.

It was unclear whether the stay will be a procedural blip for the Biden administration, or the first step in the unwinding of the mandate. A separate lawsuit against the mandate was filed on Friday in the U.S. Court of Appeals for the Eighth Circuit in St. Louis by 11 Republican-led states.

So far, legal challenges to vaccine mandates have fallen short.

On Sunday, the White House chief of staff Ron Klain said he was “quite confident” the mandate would be upheld in an interview on NBC’s “Meet the Press.”

“If OSHA can tell people to wear a hard hat on the job, to be careful around chemicals, it can put in place these simple measures to keep our workers safe,” Mr. Klain said.