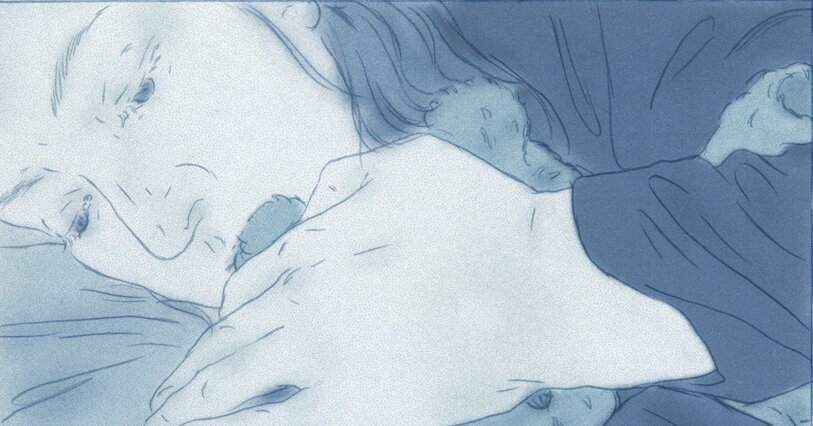 Losing a child is one of the most emotionally wrenching experiences a parent can go through. New research suggests it may also literally damage the heart. The study found that in the days following the death of a child, a parent is at greatly increased risk for a heart attack, and the increased risk may persist for years.

Researchers used birth registries and medical records to study 6,711,952 parents from Denmark and Sweden from 1973 to 2014. Among them, 126,522 had lost at least one child at some point during that time. The study looked not only at the loss of infants and children, but also adolescents and adult children up to age 29.

The scientists found that the death of a child was associated with a 21 percent increased risk of ischemic heart disease, or reduced blood flow to the heart. The risk for a heart attack in the first week after the death was more than triple the rate of people who had not experienced the loss of a child, and there was a 20 to 40 percent increased risk over the long course of the study. The association was present even in cases of an adult child’s death.

Other studies suggest that in middle or old age, the death of a spouse, sibling or close friend increases the risk for heart attack, stroke, atrial fibrillation and death. The risk appears to be especially high in the months immediately following the loss. But studies on the impact of the loss of children on the heart health of parents have been very limited.

This observational study, published in PLOS Medicine, was large and rigorous. The researchers controlled for age, marital status, education, income, hypertension and other factors than can affect the risk for cardiovascular disease. They also considered such factors as the cause of a child’s death. For example, the researchers found that there was an association with heart problems in parents even when the child’s death was a result of unnatural causes — such as a car crash or other accident — suggesting that a family history of heart disease or other genetic factors were unlikely to fully explain the increased cardiovascular risk in parents.

The study did not investigate the exact ways in which the stress of extreme bereavement might damage the heart. But the lead author of the study, Dang Wei, a doctoral candidate at the Karolinska Institute in Stockholm, proposed several possible mechanisms.

“Stress activates the autonomic nervous system,” he said, which controls involuntary functions in our bodies such as heart rate and blood pressure, and “induces biological changes” that may raise cholesterol levels.

“Changes like this,” he added, “may trigger a heart attack.”

Dr. Erica S. Spatz, an associate professor of cardiovascular medicine at Yale who was not involved in the study, said that the finding was based on “pretty amazing data” available only in Scandinavian countries, which maintain detailed birth and health registries that span decades.

“The loss of a child plays out in every aspect of a patient’s life, including their cardiovascular health,” she said. “We need to screen for a history of trauma, whether it’s related to a death of a child, racial discrimination, poor work environment — these are well-known factors that affect cardiovascular health.”

The senior author, Krisztina D. Laszlo, an associate professor of epidemiology at the Karolinska Institute, said that while parents should know about the increased heart risks, it may be difficult to approach them with this kind of information during the grieving period.

“It’s a delicate topic,” she said. “This is a very special type of bereavement, one of the greatest stresses that one can experience, and it is often associated with complicated grief that does not resolve in the usual ways.”

“One doesn’t want to burden these parents even further,” she continued, “by telling them about their cardiovascular risks.”

Still, it would be important for doctors, friends and family members of a person who has lost a child to be on the lookout for things like chest pain, shortness of breath or other signs of heart problems or an impending heart attack.