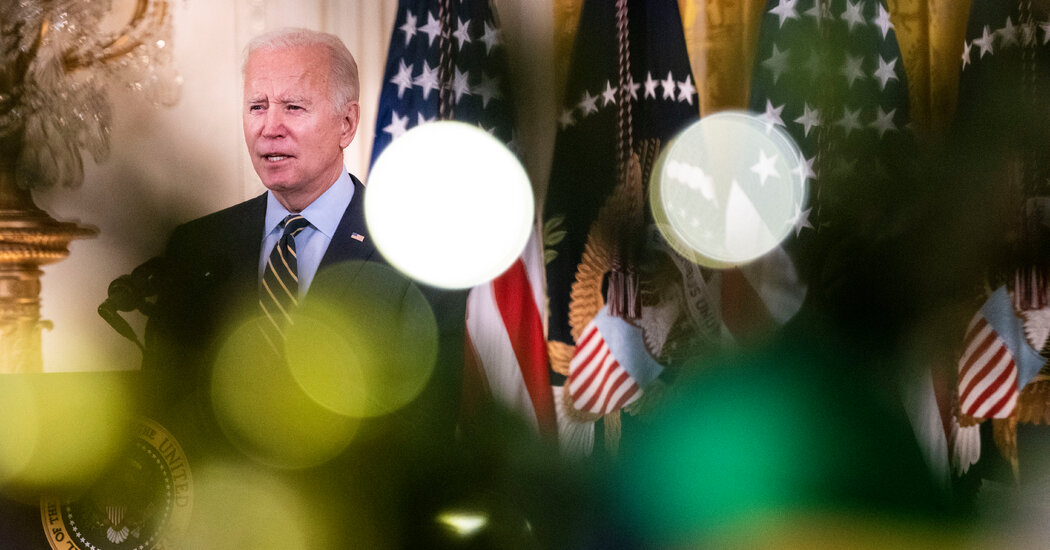 WASHINGTON — As Democrats race to finalize a sweeping social spending package, President Biden on Monday tried to sell the bill by focusing on a specific benefit: lowering the cost of insulin for those with diabetes.

“I think it’s safe to say that all of us, all of us, whatever our background, our age, where we live, we can agree that prescription drugs are outrageously expensive in this country,” Mr. Biden said after he was introduced by a woman who said she had fallen into a coma after rationing her insulin.

The president said one of the most “egregious examples” of the high prices of prescription drugs was how much those suffering from diabetes must pay for the medication they need.

It was the latest attempt by the president to promote the package, which has been stuck in congressional gridlock. Mr. Biden previously sought to build support for the social policy bill by highlighting how it would create jobs, tax the rich and address the global threat of climate change. On Monday, he homed in on the ways the package would address prescription drug costs, an issue that the administration believes will appeal to a wide range of voters.

But significant differences over the package must still be resolved, even as Senator Chuck Schumer of New York, the majority leader, insisted to his colleagues in a letter on Monday that the package would pass the Senate by Christmas. Senator Joe Manchin III, Democrat of West Virginia, has sought to pare down provisions in the package, including its paid family leave program, a methane fee on emissions, a plan to tax billionaires and an expansion of Medicare to cover hearing aids. Mr. Manchin has signaled support for the proposal to lower the costs of prescription drugs.

Mr. Biden dodged a question on Monday about whether he was confident that the package would be ready by Christmas.

“As early as we can get it,” Mr. Biden said. “We want to get it done no matter how long it takes.”

The social spending bill that passed the House would, for the first time, allow Medicare to directly regulate the price of drugs prescribed for its beneficiaries. Under the legislation, Medicare would be allowed to lower the price of 20 drugs a year once they have been on the market for several years. It also would change Medicare’s drug benefit to limit how much seniors can be asked to pay for their medication. It would establish a spending cap of $2,000 a year, a provision that would lower costs for the 2.5 million Medicare beneficiaries who currently pay more.

The bill would also make changes to drug prices for patients outside Medicare, by limiting the amount drug makers can raise their prices each year and by capping co-payments for insulin at $35 a month. The package, which was subject to extensive negotiations, targets fewer drugs than many House Democrats had hoped.

Prescription drugs cost substantially more in the United States than in other developed nations, a point Mr. Biden repeated in his speech. According to recent estimates from the Rand Corporation, American drug prices are more than 250 percent of prices paid by other nations in the Organization for Economic Cooperation and Development.

The White House views the provision to lower prescription drugs as one that can build support among a diverse group of voters for a legislative package that would also combat climate change and invest in the social safety net. After Democrats lost the governor’s race in Virginia last month, a White House official said the administration intended to focus on the progress made on negotiations to empower Medicare to galvanize suburban voters who may have supported Glenn Youngkin, the Republican who won the race.

But the portions of the drug plan that were highlighted in the event — limits on cost sharing for insulin, and a ban on high price hikes — both face challenges. Senate Republicans are arguing that the provisions violate the budget rules Democrats must follow to pass their legislation with a simple majority. The survival of those provisions depends on the ruling of the Senate’s parliamentarian, who is expected to consider the issue in the next few weeks.